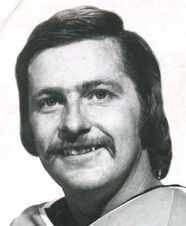 Stephenson spent the majority of his young career with the Canadian National Team playing in several tournaments such as the World Championships in both 1967 and 1969, as well as the 1968 Olympics where the Team won a bronze medal. The Blues signed Stephenson as a free agent in 1972 and he made his NHL debut in the 1971-72 season. He played in St. Louis for the next two seasons before being traded to the Flyers in 1974. Wayne was a part of Philadelphia's Stanley Cup winning team in 1975. Played in the NHL All-Star Game in both 1976 and 1978. After five seasons in Philadelphia, Stephenson was dealt to the Capitals where he spent two seasons before retiring from the game in 1981. 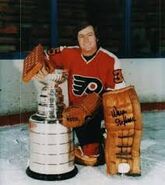 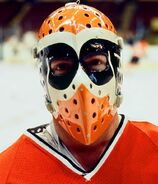