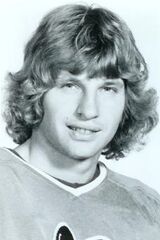 After scoring 60 goals in 68 games with the WCJHL's Flin Flon Bombers in 1972–73, Bianchin was selected 23rd overall by the Pittsburgh Penguins at the 1973 NHL Amateur Draft. He recorded 25 points his rookie year, but suffered a broken neck while body surfing during the offseason. He spent the next few seasons split between the AHL and NHL while recovering. The Edmonton Oilers acquired Bianchin in 1979–80 but he would serve just eleven games with them. He went on to play two seasons in Italy with Asiago HC and was a member of Italy's national team at the World Championships.