The league was founded by Andrew Musto in 2006 with the purpose of creating a league that is a low-cost alternative to higher cost leagues. As of 2017 the league fee per team is $300. League fees are used for playoff ice time, referee fees, scorekeepers, and awards.

At the end of the 2016–17 season, Musto stepped down as commissioner and appointed Jon Marchese the new commissioner. The UNYCHL opened its 11th season with the biggest expansion in its history. The league grew to 23 teams with the additions of SUNY Albany, Gannon University, Mercyhurst University, Clarkson University, Niagara County Community College, Binghamton University and Syracuse University as well as the return of Alfred State College, Hilbert College and SUNY Canton. In addition the league was organized into three divisions based on geography to cut down travel.

Before the 2019–2020 season, the league left the ACHA and has joined the Collegiate Hockey Federation.

The league also organizes a second-tier league called UNYCHL Tier 2, which launched with the 2018–19 season. This tier is for new programs in an effort to "provide local area teams an avenue to play competitive hockey while minimizing budgetary impacts and reducing travel costs."[1] UNYCHL T2 holds ten teams which compete among one another for a separate league championship. 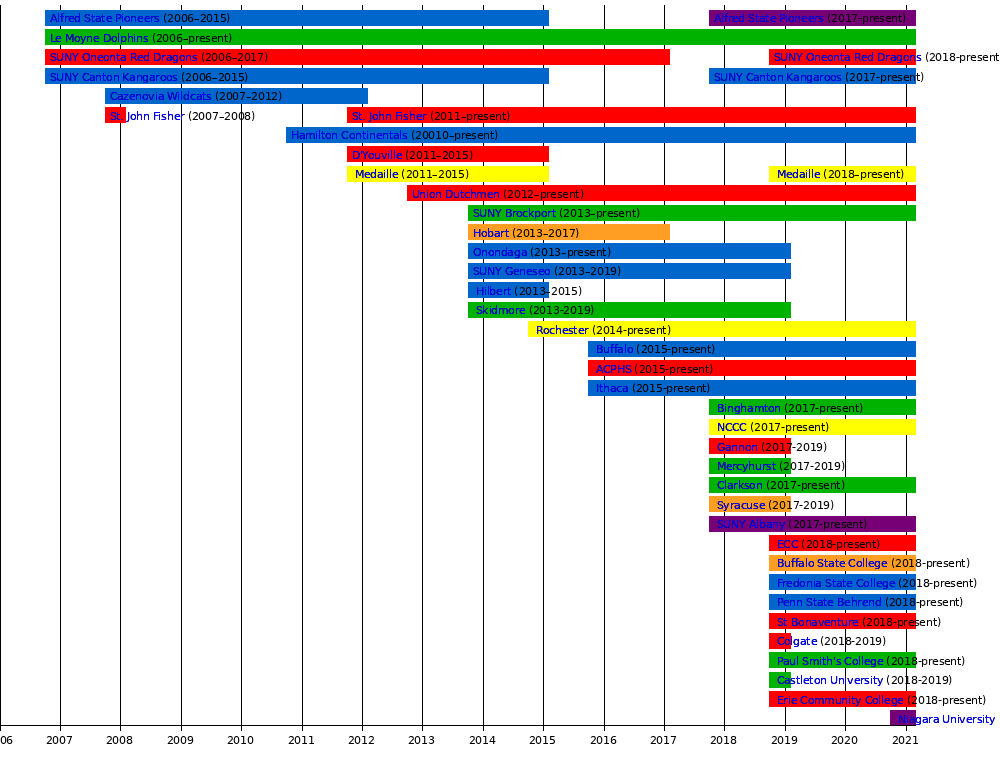 Coach of the Year[]