The Trenton Golden Hawks are a Canadian Junior ice hockey team from Trenton, Ontario. They are members of the Ontario Junior Hockey League, a part of the Canadian Junior Hockey League and a member of the Ontario Hockey Association and Hockey Canada. The team relocated to Trenton in 2009, but were previously known as the Port Hope Predators of Port Hope, Ontario. The team started in 1996 as the Port Hope Buzzards of the Metro Junior A Hockey League. 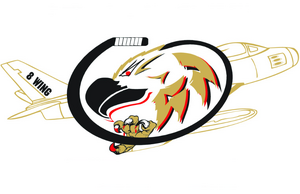 Previous to Junior A team coming to Port Hope, and subsequently leaving it, the town has operated a series of Junior C teams by the name Port Hope Panthers.

The 2006-07 season, much like the last two seasons, has shown the Predators as an upper echelon team in the 35-team Ontario Provincial Junior A Hockey League. Threatening their third straight winning season, the Predators have the potential to be Dark Horse Champions when they playoffs commence.

In early 2009, the Trenton Hercs announced that they were folding mid-season and leaving the Ontario Junior Hockey League.[5] In March, rumblings of team moving into the Trenton market came afloat. It turned out to be the Port Hope Predators.[6][7] According to OJHL commissioner Bob Hooper: “The league never really wanted a team in Port Hope in the first place.” [8] In the 2008-09 season, Port Hope was second in league attendance, while Trenton was ninth.[9]

On April 2, 2009, the move and name change were announced. The Port Hope Predators are now the Trenton Golden Hawks.

Central Canada Championships
NOJHL - OJHL - SIJHL - Host
Round robin play with 2nd vs 3rd in semi-final to advance against 1st in the finals.