The Lady Blues women's ice hockey team represent the University of Toronto and compete in the Ontario University Athletics conference.

On December 12, 1922, the Lady Blues joined the Ladies Ontario Hockey Associaton and paid dues of eleven dollars (six dollars association fee, five dollars one time fee). [1]The Lady Blues were the LOHA Provincial Champions in 1924.[2] In 1925, the Lady Blues withdrew from the LOHA, and the reason was certain unsatisfactory aspects of competition.[3] There were issues as to the acceptable definition of womanhood.  The team would take two extended hiatuses from 1936 to 1948 and 1951 to 1960.

In 1993, (although the Lady Blues won 13 of the last 15 provincial championships), a task force recommended that the University of Toronto cut the team for financial reasons.[4] Justine Blainey, a member of the team, organized a "Save the Team" night that raised over $8,000. She personally called 100 alumni during a one-week fundraising blitz. Blainey had previously earned national recognition as she endured five different court cases before finally having her case heard by the Supreme Court of Canada in 1986 because the Metro Toronto Hockey League denied her the opportunity to play hockey for them in 1981.[5] 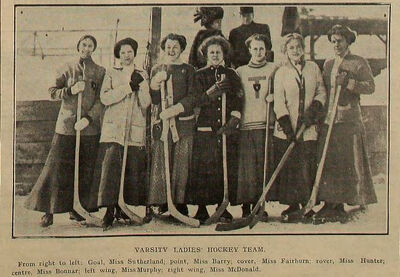 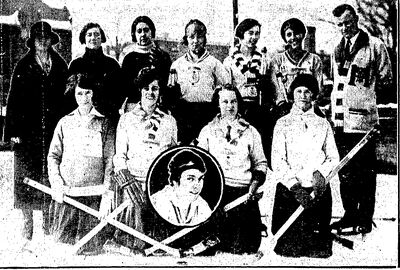 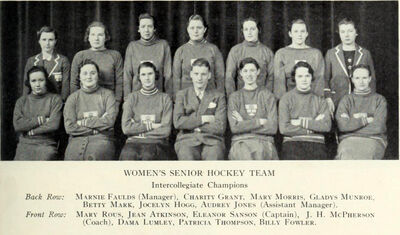 1934 team
Add a photo to this gallery

Retrieved from "https://icehockey.fandom.com/wiki/Toronto_Lady_Blues_women%27s_ice_hockey?oldid=733275"
Community content is available under CC-BY-SA unless otherwise noted.