The Texas RoadRunners are a USA Hockey-sanctioned ice hockey team from College Station, Texas. The team commenced play with the 2013-14 season in Sugar Land, Texas and were known as the Sugar Land Imperials. They play in the North American 3 Hockey League at the Spirit Ice Arena. 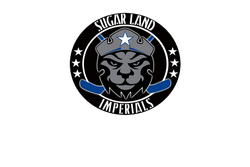 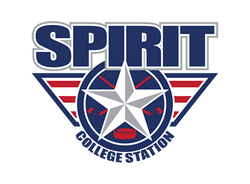 On May 24, 2016, the NA3HL announced that the team had been sold to the Exceed Hockey Group, LLC (Scott Meyer and Joe Pankratz) who also own the NAHL's Minnesota Magicians and the NA3HL's Chicago Bulldogs and are being relocated to College Station, Texas and will now be known as the College Station Spirit.  The team will know be based out of the Spirit Ice Arena, which is also home to the Texas A & M University club program.  As part of the sale and move Nick Bydal was named new head coach.  The team will continue to hold the playing rights of the players that were rostered with the Sugar Land Imperials from the 2015-16 season.

The team would be renamed to the Texas RoadRunners in May of 2019.[1] Head Coach /GM Mike Beavis

Retrieved from "https://icehockey.fandom.com/wiki/Texas_RoadRunners?oldid=677857"
Community content is available under CC-BY-SA unless otherwise noted.