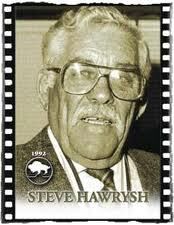 Steve signed his first M.A.H.A. card in 1931-32 as a midget player and in 1992, “Boomer” reached a milestone - 60 consecutive years of total hockey involvement in Manitoba (apart from the war years) when on March 28, 1992, he was inducted into the Manitoba Hockey Hall of Fame along side the WHA’s Winnipeg Jets “Hot” Line, which consisted of Bobby (the Golden Jet) Hull, Anders Hedberg and Ulf Neilson.

In 1971-72, Steve established a modern-day MJHL coaching record when his Dauphin Kings completed the year with 40 regular season victories (0.833%) in a 48-game schedule, scoring 304 goals while allowing 171 goals against and amassing 1341 minutes in penalties, and then following that with 12 straight Provincial playoff victories (1,000%) to claim the Turnbull Trophy which is emblematic of Junior "A" Hockey supremacy in Manitoba.

Boomer was known in hockey circles far and wide for his ability as a scout; that is, the ability to spot youngsters who develop into good players, a skill he used as a representative for the Detroit Red Wings of the National Hockey League and the Philadelphia Blazers and Winnipeg Jets of the World Hockey Association.

On October 7, 2017, Steve was posthumously inducted into the Manitoba Hockey Hall of Fame for a second time as a member of the Dynasty 1950 - 1954 Dauphin Kings Intermediate Hockey Club. 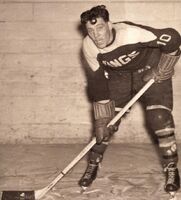 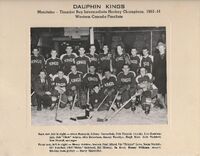 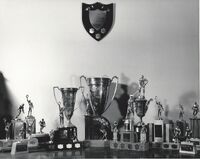 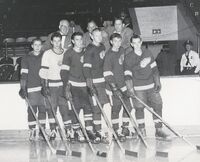 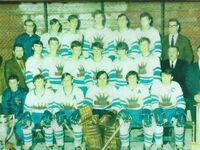 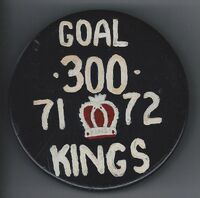 Boomer & Bobby
Add a photo to this gallery

Retrieved from "https://icehockey.fandom.com/wiki/Steve_Hawrysh?oldid=744418"
Community content is available under CC-BY-SA unless otherwise noted.