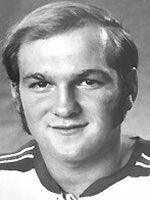 He played junior hockey for the Flin Flon Bombers.

Andrascik was drafted by the Detroit Red Wings of the NHL in the 1968 NHL Amateur Draft in the first round, eleventh overall. On 1 November, 1970, the Red Wings traded Andrascik to the New York Rangers for Don Luce. After five years in the SJHL, CHL and AHL, Andrascik made it to the NHL for one game in the 1971–72 playoffs for the Rangers. In his only National League game, Andrascik recorded no points and no penalty minutes.

About a year after playing his one and only NHL game, the Rangers traded him to the Pittsburgh Penguins. Instead he joined the WHA's Indianapolis Racers for the 1974–75 season. After only 20 games into the season, he, along with Steve Richardson, was traded to the Michigan Stags for Jacques Locas and Brian McDonald. The next season, 1975–76, saw Andrascik play for yet another WHA team, the Cincinnati Stingers. 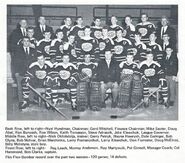