Over a 5 year period they played PEI rival Prince of Wales College for the Wellner Trophy. After winning the trophy three times, St. Dunstan's was allowed to keep the trophy. 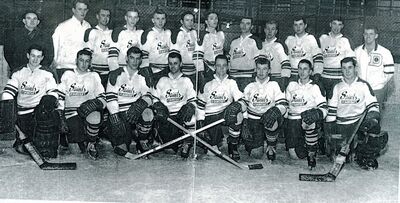