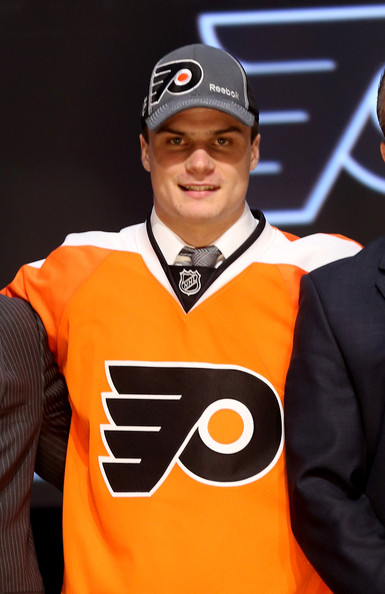 Scott Laughton (born May 30, 1994) is a Canadian ice hockey centre who currently plays for the Oshawa Generals of the Ontario Hockey League (OHL). He was drafted in the first round, 20th overall, at the 2012 NHL Entry Draft by the Philadelphia Flyers.

Laughton signed a three-year entry-level contract with the Flyers on August 8, 2012.

Following the 2012–13 NHL lockout, Laughton made the Flyers out of the team's abbreviated training camp and made his NHL debut on January 19, 2013 at home against the Pittsburgh Penguins.

Following the Flyers 2013–14 preseason training camp, Laughton was loaned back to the Oshawa Generals of the OHL after failing to stick with the NHL club to start the season.