The Regina Pats are a junior ice hockey team that plays in the Western Hockey League. The Pats are based out of Regina, Saskatchewan and the Brandt Centre is their home arena.

The Regina Pats are the oldest major junior hockey franchise in the world that have continuously operated from their original location and use the same name. They began operations in 1917. They were originally named the Patricias, after Princess Patricia of Connaught, the granddaugher of Queen Victoria and daughter of the Governor General (the Duke of Connaught). The team name was also associated with Princess Patricia's Canadian Light Infantry, to the point that Pats sweaters still bear the regimental crest as a shoulder patch. In 1923, the team's name was shortened to the Pats. The Pats won Canadian junior championships in 1925 and 1930, as well as in 1928 when they were known as the Regina Monarchs. During World War II, the team remained dormant but was re-organized in 1946. In 1968, the Pats returned to the Saskatchewan Junior Hockey League. They won the league title in 1969. In 1970, the Pats jumped to the Western Hockey League and left the SJHL. In their place the Regina Blues were formed as their farm team in the SJHL. The Blues folded in 1982. The Regina Pats won their fourth Canadian junior championship in the 1974 Memorial Cup. In 1977, they moved from Regina Exhibition Stadium to the new Agridome, since renamed the Brandt Centre. Most recently, they were the host team for the 2001 Memorial Cup. The Regina Pats are now owned by Russ Parker and Diane Parker and their son Brent Parker is the General Manager. The team hosted the 2018 Memorial Cup. 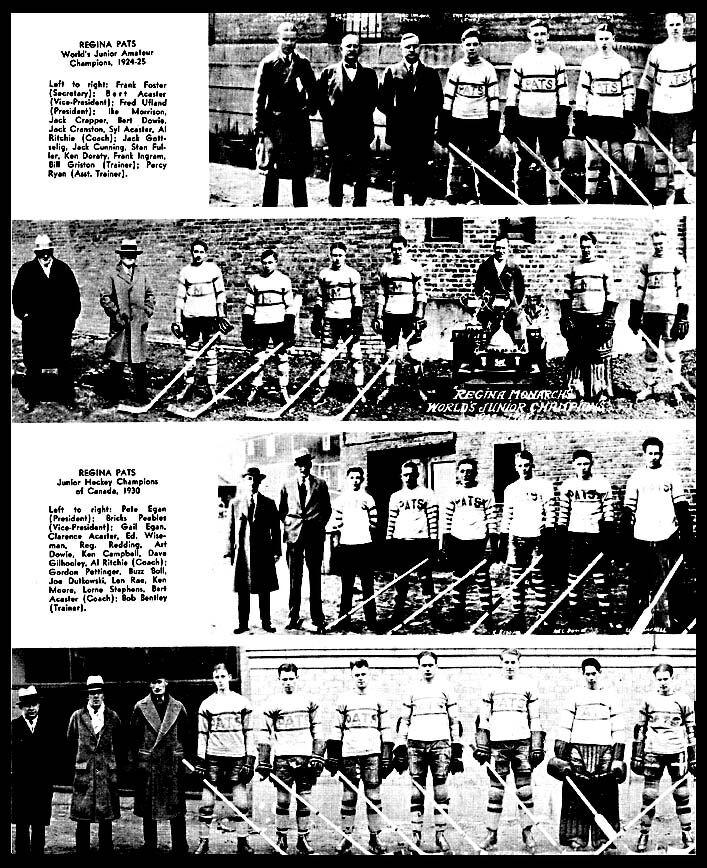