Port Arthur was a city in northwestern Ontario, Canada. It was on the northwest shore of Lake Superior,

It is now part of the city of Thunder Bay. 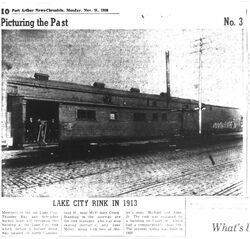 After the Port Arthur Arena was closed it appears much of the hockey in the area was played out of the Fort William Gardens in Fort William, Ontario which opened in 1951.  The two cities would form Thunder Bay in 1970.