The Plattsville Lakers are a Canadian Junior ice hockey team based in Plattsville, Ontario, Canada within the township of Blantford-Blanheim, Ontario. Until the end of the 2007-2008 season, they played in the Southern Ontario Junior Hockey League of the Ontario Hockey Association (OHA), originally in Port Stanley, Ontario and later in West Lorne, Ontario. The Lakers left the OHA in 2008 and played as an independent team.[1] They will join the Greater Metro Junior A Hockey League for the 2015-16 season.

The Port Stanley Lakers were founded in 1989 as members of the Western Ontario Junior D Hockey League. A large league comprising the remnants of multiple other Southern Ontario Junior leagues. In 1991, this league renamed itself the OHA Junior Development League.

In 1994, the Lakers finished first amongst all OHAJDL teams in the regular season with a stellar record of 36 wins, 2 losses, and 2 ties. They made it all the way to the league finals in the playoffs and found themselves nose-to-nose with the Mitchell Hawks. The Hawks were not to be denied as they swept the Lakers aside 4-games-to-none to win the OHA Cup as league champions.

The 1995 season saw the Lakers pull off a rock solid performance, finishing second overall. They pushed all the way to the OHAJDL finals once again. Their opponents this time around were the Thamesford Trojans. The Trojans defeated the Lakers 4-games-to-2 to win the OHA Cup.

The next season, the Lakers entered the playoffs and met the Lambeth Lancers in the first round. The Lancers meant business and defeated the Lakers 4-games-to-2 to put them out of the playoffs.

The Lakers finished the 1996-97 season in fifth place overall. In the first round of the playoffs, they met the Thamesford Trojans. They defeated the Trojans 4-games-to-none. In the second round, the Lakers were defeated by the Mount Brydges Bulldogs 4-games-to-2.

The Lakers showed great promise in the 1997-98 season, finishing second overall. They entered the playoffs against the Lambeth Lancers, whom they defeated 4-games-to-1. In the second round, the Lakers were up against the Thamesford Trojans who they also beat in five games. In the conference final, Port Stanley ran into the Exeter Hawks. In a drawn out series, the Hawks bested the Lakers in the seventh game to win the series 4-games-to-3 and deny the Lakers a chance at the OHA Cup.

The 1999-00 proved to be one for the ages for the Port Stanley Lakers. After finishing first overall in the OHAJDL with a record of 31 wins and 9 losses, the Lakers pushed deep into the playoffs. Their first opponents were the Lambeth Lancers, who the Lakers defeat 4-games-to-2. In the second round, the Lakers came up against the Thamesford Trojans and swept them 4-games-to-none. The conference finals were next and the Lakers were up against a tough Lucan Irish squad. The Irish couldn't handle the Lakers, as Port Stanley took the series 4-games-to-1. This earned the Lakers their first OHAJDL final since 1995. The Lakers challenged the Burford Bulldogs and defeated them 4-games-to-1 to win their franchises first ever OHA Cup.

The 2000-01 season marked the end of an era of domination for the Lakers. This was the last season for many that they would ride amongst the top teams in the standings. After finishing first overall in the league, the Lakers entered the playoffs against the North Middlesex Stars. The Lakers swept the Stars 4-games-to-none. In the second round of the playoffs, the Lakers met the Seaforth Centenaires. The underdog Centenaires took the Lakers to game seven and defeated them in an upset. 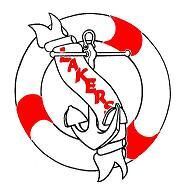 In the off-season, the OHAJDL disbanded and the Southern Ontario Junior Hockey League was formed in its place. West Lorne finished low in the standings but still made the playoffs. They met the Lambeth Lancers in the first round and defeated them 4-games-to-2. In the second round of the playoffs, the Lakers lost to the North Middlesex Stars 4-games-to-2.

After nineteen seasons in the Ontario Hockey Association, the Lakers franchise announced that they will be leaving the OHA. "The Lakers will continue play in various forms at other venues outside the OHA," said team President Wayne Bedford.[1] As of the 2008-09 season, the Lakers joined the local men's recreational league in London, posing a 19-1-0 record in their first year and winning their league in 2009, 2010, and 2011.

On January 3, 2015, the Lakers' website[1] announced that the London Lakers would be joining the Greater Metro Junior A Hockey League for the 2015-16 season. Under new owners, the Lakers will play out of the newly renovated London Sports Park. The Lakers then brought on Hayden Maass to serve as General Manager and Director of Marketing for the Lakers leading up to their first season of GMHL hockey.

On March 2, 2020 the organization announced they would be relocating to town of Plattsville within the township of Blantford-Blanheim, Ontario and would be renamed the Plattsville Lakers.[2]