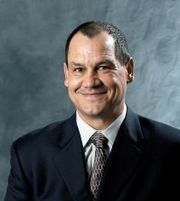 The Cleveland Crusaders drafted Baxter in the first round, 11th overall, of the 1974 WHA Amateur Draft. The following year he was drafted into the NHL (third round; 49th overall) by the Pittsburgh Penguins. He played a year in the NHL representing the Quebec Nordiques, as well as three years with the Penguins and another four with the Calgary Flames. Baxter spent prior time with teams in the NAHL and WCHL. He retired from the NHL after 470 games, recording a total of 48 goals, 121 assists, 169 points, and 1564 penalty minutes. Paul is the all-time leader in penalty minutes for the WHA with 962, and is also the single-season leader for the Pittsburgh Penguins with 409 during the 1981–82 season.

Paul Baxter continued his career as a coach, leading the IHL's Salt-Lake Golden Eagles to the championship title in '87-'88. He would go on to become the assistant coach of multiple NHL clubs.