The Montreal Wanderers were a professional men's ice hockey team that played in Montreal, Quebec, and were one of the founding franchises of the National Hockey League in the 1917-18 NHL season. They were outright winners of the Stanley Cup four times and winner of a Cup challenge in a fifth season.

Prior to the formation of the NHL, the "Redbands" were one of the most successful teams in hockey. They played in the Federal Amateur Hockey League in 1904 and 1904-05, the Eastern Canada Amateur Hockey Association from 1906-09, and the National Hockey Association from 1910-17. They won the Stanley Cup in five of those seasons. The 1908 team scratched their names inside the bowl, which was just prior to the second band being added to the Cup.

The team included five future Honoured Members of the Hockey Hall of Fame: Moose Johnson, Hod Stuart, Riley Hern, Lester Patrick, and Ernie Russell. Many of the early Wanderers had been members of the Montreal Hockey Club team of 1902, which won the Stanley Cup. That team had been known as the "Little Men of Iron" because of the players' tenacity and small stature, and the nickname carried over to the new club.

They played only four games in the NHL's inaugural season and lost all but one before their home rink, the Montreal Arena, burned down on January 2, 1918. At the time, they had lost star players Sprague Cleghorn and Odie Cleghorn and had appealed to the other teams for player help. Before the fire, they had successfully obtained goaltender Hap Holmes from Seattle of the PCHA and it seemed that they might turn around their misfortunes. After the fire, the Wanderers again appealed for reinforcements, but none was forthcoming. The team disbanded soon after, defaulting games against the Montreal Canadiens and Toronto Arenas.[1]

The last active Wanderers player was George Geran, who all played his last NHL game in 1926. Dave Ritchie and Phil Stevens also played that season, but not the full year.

Especially after the Montreal Canadiens were founded, specifically appealing to Montreal's Francophone community, the Wanderers drew their support from Montreal's English-speaking community. A new team, the Montreal Maroons, was later established to take the Wanderers' place. It too would eventually fold in 1938, ending efforts to entrench separate Montreal-based teams for French- and English-speaking fans. 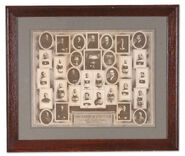 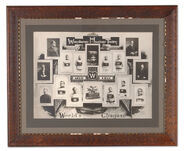