The Montreal Junior Hockey Club (French: Le Club de Hockey Junior de Montréal) were a junior ice hockey team in the Quebec Major Junior Hockey League (QMJHL).[1] The team is based out of the Verdun Auditorium, in Verdun, Quebec. The St. John's Fog Devils franchise relocated at the conclusion of the 2007–08 QMJHL season.[2] The team's colours were maroon and white, [3] similar to the Montreal Maroons.[4] The Quebec Major Junior Hockey League approved the sale of the Juniors to a group led by former NHL Defensemen Joel Bouchard who will move the team to Boisbriand, Quebec for next season the team will play its games at the Centre d' Excellence Sports Rousseau and be known as the Blainville-Boisbriand Armada. [5]

The team started out as the St. John's Fog Devils when Newfoundland was granted an expansion franchise. The team was sold to a group of people intending to move the team to Montreal for the 2008–09 season.

This is a list of seasons completed by the Montreal Junior Hockey Club. This list documents the records and playoff results for all seasons of the franchise since its inception in 2008. 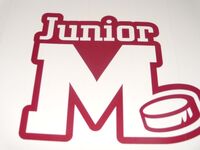