The Minnesota Moose are a Tier III Jr. A ice hockey playing in the United States Premier Hockey League (USPHL-Elite). The team plays their home games at the 1,200-seat Fogerty Arena located in Blaine, Minnesota.

Founded in 2003 as the Twin Bridges (later St. Louis) Lightning,[1] the franchise was sold and relocacted to Maple Grove in 2005 to form the Minnesota Wildcats. In 2008 the Wildcats were sold and became the Maple Grove Energy. During the 2015 off-season the Energy re-located to Blaine, Mn and changed their name accordingly. 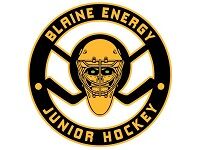 The team appears to have folded and been replaced by the Minnesota Moose for the 2017-18 season as the Moose team website mentions the new head coach/general manager being the first in team history, the USPHL website makes no mention of the change and still list the team as being the Blaine Energy. The team also joined the Premier Division of the USPHL when the league was reorganized with the formation of the National Collegiate Development Conference.

The franchise has produced a number of alumni playing in higher levels of junior hockey, NCAA Division III, and ACHA college programs.[2]

Retrieved from "https://icehockey.fandom.com/wiki/Minnesota_Moose_(USPHL)?oldid=744451"
Community content is available under CC-BY-SA unless otherwise noted.