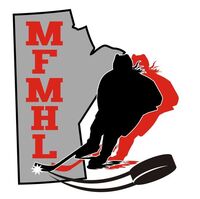 The Manitoba Female Midget 'AAA' Hockey League (MFMHL) is a female Midget 'AAA' hockey league operating in the Canadian province of Manitoba. The league plays under the sanction of Hockey Manitoba, in affiliation with Hockey Canada. Starting with the 2011-12 season, the League was granted 'AAA' status, and now it’s champion represents Manitoba in Esso Cup play for the Canadian Championship.

About the League[edit | edit source]

The first season (2008-09) saw 5 teams compete within the league and 2 teams Eastman and Central Plains played an interlocking schedule with the Female Midget 'AA' teams from Winnipeg Minor Hockey Association.
The 2009-10 season again saw a 5 team league as Norman joined the circuit however Eastman dropped out of the league. The WMHA did not wish to establish an interlocking schedule in 2009-10 with the MFMHL however a Showcase event was developed by the WMHA where MFMHL and WMHA Midget 'AA' Female teams played each other over Christmas break. The first 2 years saw Pembina Valley win back to back MFMHL Championships.

The MFMHL has shown it is a very competitive league for elite Midget Females to play hockey and has seen several graduating players move onto Canadian or United States University Hockey as well as Manitoba Women's Junior Hockey League.

It is the MFMHL's goal to promote elite female midget hockey within Hockey Manitoba's designated Regions and provide the players with an opportunity to improve their skills by participating in a competitive league where they receive strong coaching that will allow them to move onto higher opportunities within female hockey.

Retrieved from "https://icehockey.fandom.com/wiki/Manitoba_Female_Midget_Hockey_League?oldid=695231"
Community content is available under CC-BY-SA unless otherwise noted.