This Page is a list of all accredited Ice Hockey Nations

The concept of the Big Six refers to seven countries that technically can, with a team filled with their very best players, beat each other on any day. There have been on recent times several questioning among some fans, who wonder whether Slovakia still belongs to this select group in the wake of their increasingly poor results at the World Championships. Seeing as their roster usually lacks most of its National Hockey League stars, the team does maintain its place in the Big Six.

The Big Six countries are:

Other Nations with an ice hockey program

An asterisk (*) denotes a nation that doesn't take part in IIHF ice hockey competitions but is nevertheless a member of the federation.

Two asterisks denote a country that is not member of the IIHF, but where efforts are being made to establish ice hockey, to join the Federation and raise the level of the game.

World map of the ice hockey countries. For a detailed map of Europe, please see below. 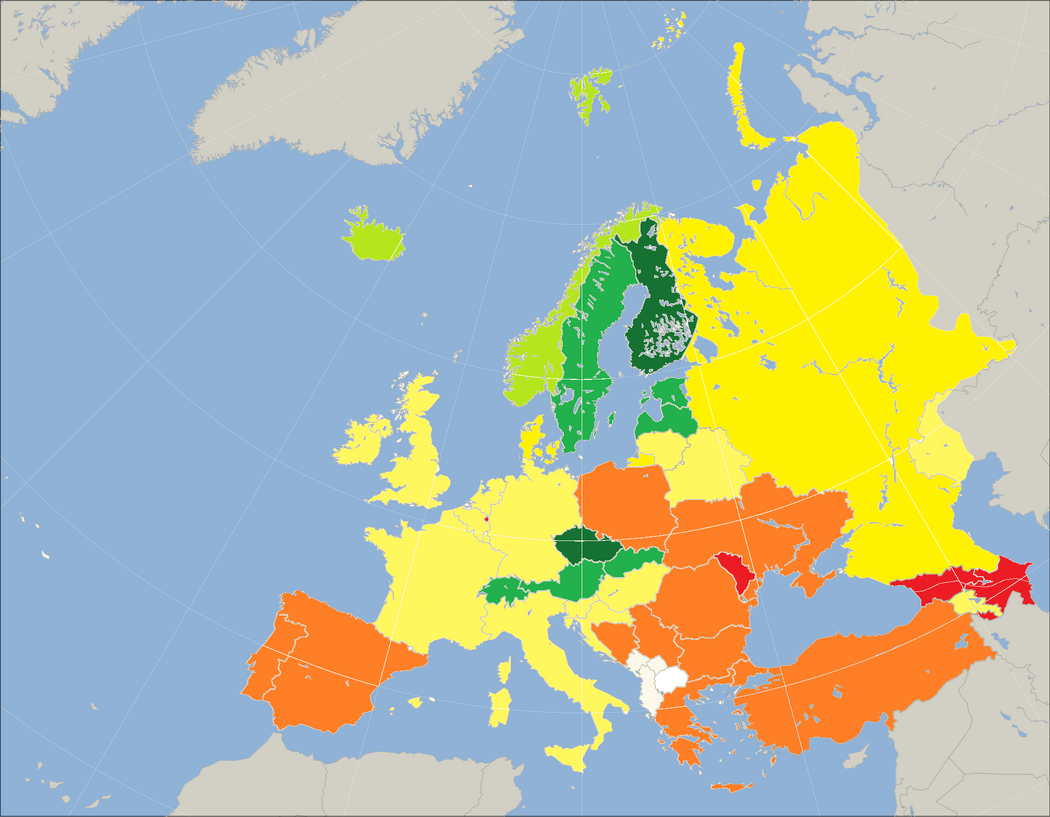 Europe map of the ice hockey countries. Technically, Turkey, Georgia, Armenia, Azerbaijan and Kazakhstan are not part of Europe; however, all of those countries, except Armenia, has a part of its territory included within the traditional boundaries of Europe. As for Armenia, it was included on this map in part because it is culturally close to Europe and in part because the other map didn't allow an easy location of this small nation.