The Liiga, known as SM-liiga from 1975 to 2013, and colloquially called the Finnish Elite League in English, is the top professional ice hockey league in Finland. As of March 2008, it is ranked by the IIHF as the second strongest league in Europe.[1] It was created in 1975 to replace the SM-sarja, which was fundamentally an amateur league. The SM-liiga is not directly overseen by the Finnish Ice Hockey Association, but the league and association have an agreement of cooperation. SM is a common abbreviation for Suomen mestaruus, "Finnish championship". On 9 August 2013, the league dropped the SM, and simply became Liiga.

In the 2011–12 season there were 14 teams. JYP became the champion. The SM-liiga formerly had a system of automatic promotion and relegation in place between itself and the Mestis, the second highest level of competition in Finland, but the automatic system was ended in 2000. The league was opened in 2005 and allowed KalPa to get a promotion. In 2009 a new system was introduced and it includes the last placed SM-liiga team facing the Mestis champion in a best of seven playout series.

The SM-liiga was constituted in 1975 to concentrate the development of top level Finnish ice hockey, and pave the way towards professionalism. Its predecessor, the SM-sarja, being an amateur competition, had its disadvantages, which were perceived as impeding Finland's rise to the highest ranks of ice hockey.

The SM-sarja was also outdated on its own, as it was run according to amateur principles. Clubs were not supposed to pay their players beyond compensation for lost wages. However, by the 1970s many clubs were already run like businesses and recruited players through a contract of employment, paying their wages secretly and often evading taxes. However, in 1974, accounting reform in Finland extended book-keeping standards to cover sports clubs, and shortfalls were exposed in audit raids. The SM-liiga was to allow wages for players, and clubs were also put under a tighter supervision. They were to establish their own association for SM-liiga ice hockey only, separating their commitments from junior activities and other sports. Copies of all player contracts were to be sent to the SM-liiga to provide players with adequate security, such as insurance and pensions.

The SM-sarja had other limits for players. According to amateur ideals, no player could represent more than one club within one season. Personal sponsorship was also forbidden. To discourage trading, a system of quarantine was in force. The SM-liiga stripped the limitations for players, replaced quarantine with a then-modest transfer payment, and introduced the transfer list. Players wanting a transfer were to sign up, and the SM-liiga would distribute the right of negotiations to clubs. In practice the list was not successful, as both parties often worked their way around the formalities.

These changes led to a transition towards professional ice hockey as the league became semi-professional. Only a few players would make a livelihood out of ice hockey in Finland in the 1970s, and many players, especially the young, would settle for a contract in the SM-liiga without a wage.

A major financial development for professional ice hockey in Finland was the introduction of playoffs. Gate receipts and other income from playoffs were pooled and distributed as a placement bonus. Although play-offs were the standard way of determining the champions in North American professional sports, at the time they were not common in Europe.

The SM-liiga was established rather hastily. The required changes were initiated in the 1974 annual meeting, and the SM-liiga was launched for the 1975–76 season. It was the first Finnish professional sports league, and its solutions were untried. However, there had been a mounting demand for these changes, as the popularity of ice hockey had been rising in the previous decade.

The SM-liiga picked up where the SM-sarja left off with its 10 clubs. The four best of the regular season were to proceed to the play-offs. The system of promotion and relegation from the SM-sarja remained in force: last-placed teams of the regular season had to qualify for their position in the SM-liiga against the best teams of the second-highest series.

The combined attendance for the first eleven regular seasons hovered around 900,000. In 1986–87, the number of games for each team was increased from 36 to 44, reaching its current level of 56 games in 2000–01, and the SM-liiga was expanded to 12 clubs for the 1988–89 season. The general popularity of ice hockey strengthened through international success of the Finland men's national ice hockey team, and the combined attendance climbed through the 1990s to about 1.8 million. This prompted an increase in the profitability of the ice hockey business and the completion of the transition to full professionalism. By the mid-1990s, all players were full-time, and by 2000, most clubs had reformed into limited companies.

Since the 2000–01 season, the SM-liiga has been closed, meaning that relegations and promotions take place only by the judgment of the board of the SM-liiga. The only such promotion took place instantly in 2000. Without the threat of relegation, the weaker clubs were supposed to be able to recuperate and improve. This had, however, a side effect: clubs with a losing record that had lost their hopes of reaching the playoffs often disposed of high-salary star players, letting down their supporters. To counteract this, the playoffs were expanded to the best 10 clubs each season from among the 13 total in the league.

The league changed its name to just Liiga for the 2013–14 season, and introduced a new logo to match.

The team names are usually the traditional name of the club. All clubs are commonly known by the name of their team. Oy and Ab are short for limited company, Oyj public limited company and Ry association respectively.

Teams relegated were relegated to second-tier Mestis in the year shown, and are there today unless noted otherwise.

Regular season: all teams play 60 matches, a quadruple round robin with extra local double rounds (every team plays four matches against every other team, plus two or four extra matches against defined local opponents). Each match consists of 60 minutes regulation time, and in the event of a tie, winner is decided by a four-on-four sudden death, 5-minute overtime. Ties after overtime are decided by a shootout, where each team has three shooters in the beginning. If the game is tied after three shooters, the shootout will be decided by individual shooters against one another until one scores and the other does not.

For the 2010–11 season, a new scheduling feature was introduced that each team would play 2 games (1 home, 1 away) against the same opponent. The matchups would be decided by a system where the bottom (14th) placed team at that time chooses its opponent 1st, followed by the 13, 12th and so on. The 7th placed team is the last one to choose an opponent. The system has been criticized by many, for reasons such as "awarding" a bad position in the table and the way the match-ups are decided, since there are worries that teams will choose their opponents from the higher profile teams and their biggest rivals to achieve maximum attendance and more income through ticket sales.

Play-offs: The six best teams at the conclusion of regular season proceed directly to quarter-finals. Teams placing between seventh and tenth (inclusive) will play preliminary play-offs best-out-of-three – the two winners take the last two slots to quarter-finals. Starting from the season 2007–2008 all series since then are best-of-seven. Losers of the semi-finals play a bronze medal match. Teams are paired up for each round according to regular season results, so that the highest-ranking team will play against the lowest-ranking, second highest against the second lowest, and so on. Higher-ranking teams play the first match at home, then by turns away, home, away, etc. Each play-off match consists of a 60-minute regulation time which in the event of a tie is followed by extra 20-minute periods of sudden death overtime, in which the first team to score wins.

Scheduling: The regular season begins around mid-September. It takes a two-week break around the end of October to the beginning of November, when Team Finland plays in a European competition. There is a two-week Christmas break. During Winter Olympic years a break is reserved for the Winter Olympic Games. The regular season is completed around mid-March and preliminary play-offs ensue almost immediately. The play-offs are completed by mid-April, so that all players are available for the World Championships.

The winners of the playoffs receive gold medals and the Kanada-malja, the championship trophy of the Liiga. The winners of the regular season receive a trophy (Harry Lindbladin muistopalkinto) as well, though it is considered less prestigious than the bronze medals of the playoffs, similar to the difference in the National Hockey League between the status of the Stanley Cup and the Presidents' Trophy.

The following trophies are awarded by the Liiga: 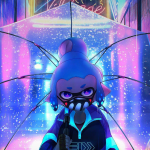