The Les Pétroliers du Nord are a men's hockey team originally planned to be based out of the Notre Dame Arena in Berlin, New Hampshire. The team was added as a member of the Ligue Nord-Américaine de Hockey for the 2018-19 season. The team was to called the Berlin BlackJacks and were based out of the Notre Dame Arena.[1]  On November 21, 2018 the team was taken over by the league after suffering from poor attendance.  On December 4, 2018 the league announced it found an operator to take over the team and that they would be relocated to Saint-Jerome and play out of Aréna régional de la Rivière-du Nord.

A February 23rd game was marred by an incident where a crowd in St Jerome had become threatening to Jonathan Diaby, a player with the Jonquière Marquis, and his family. Racial slurs and anti-immigrant comments were made to Diaby's father, sister, and girlfriend. Diaby was a third round draft choice of the Nashville Predators in the 2013 NHL Entry Draft.[2][3]

On June 21, 2019 it was announced that the Petroliers were notified that their lease was not being renewed at the Aréna régional de la Rivière-du Nord in St Jerome and that the team would be relocating to Colisée de Laval in Lavalfor the 2019-20 which was approved by the league's board of governors in an emergency meeting. The league approved the moved in an attempt to keep the league at six teams for the 2019-20 season.[4] 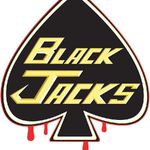