He died on November 8, 1948 during the aircraft accident over the English Channel.

The new home arena of the ice hockey team of HC Košice - The Steel Arena - Košice's Ladislav Troják Stadium (opened on February 24, 2006) is named in honour of Ladislav Troják. 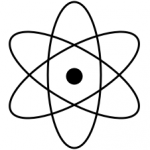