The Jersey Devils was the name of a professional ice hockey team from Cherry Hill, New Jersey. They were not affiliated with the NHL New Jersey Devils. 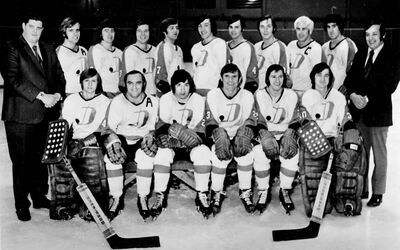 In its final years, the team was owned by Jerome S. Burg and Bernard S. Levy Esq.; the vice president and general manager was Ross Turnbull. Jim Hay (a.k.a Red-Eye) served as the head coach (player/coach) from 1971-1973. Steve Heilbrun served as the trainer.