The Janesville Jets are a Tier II Junior A ice hockey team in the North American Hockey League that began play in the 2009-10 season. Based in Janesville, Wisconsin, their home games are played at the Janesville Ice Arena.

The Jets name was chosen by a name-the-team contest on its temporary website. Choices were Jackals, Jaguars, Jayhawks, Jets, and Juggernauts. Voting continued until May 31, and the Jets name and logo was announced on June 5. 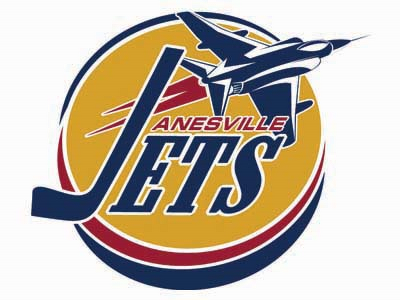 Retrieved from "https://icehockey.fandom.com/wiki/Janesville_Jets?oldid=691258"
Community content is available under CC-BY-SA unless otherwise noted.