The roots of the league go back to 1923 and various Championships, whose winner is officially recognized as the Austrian Champion. There was no Austrian competition between 1939 and 1945. During World War II, a number of Austrian teams competed in the German Ice Hockey Championship, which is why the EK Engelmann Wien and Vienna EV list German Championships in their history.

The Bundesliga, as it was called, was incepted for the 1965-66 season by EC KAC from Klagenfurt, IEV from Innsbruck, WEVg from Vienna, and KEC from Kitzbühel. EC KAC won the championship 8 times in the 1970s.

When the Austrian national hockey team earned promotion into the Group B of the IIHF, it led to a boom in spectators. Three foreign players were allowed and first signs of financial hiccups came. SV Kapfenberg went bankrupt, and WAT Stadlau abstained from participating in the Bundesliga for financial reasons.

A first step in internationalization was undertaken as the clubs, in addition to the national championship, participated in the Alpenliga. The Alpenliga was formed with clubs from Italy and Slovenia. After making Ralph Krueger their manager in 1991 VEU Feldkirch won five championships from 1994 to 1998. Rising budgets caused more and more clubs to abstain from participation. In 1997 SV Kapfenberg went bankrupt during the season, and the championship was down to only four clubs. In 2000 VEU Feldkirch went bankrupt. The league was named after its sponsor, Uniqua.

In 2003 Erste Bank became sponsor and the league was named Erste Bank Eishockey Liga. In 2013–14, Italy's Bolzano Foxes became the first non-Austrian team to win the EBEL title when they beat the Salzburg Red Bulls 3 games to 2 in their best-of-five final series. Such success is not unheard of for an Italian outfit, but previous similar results took place in the Alpenliga and the Cup of the European Leagues, standalone competitions whose postseason tournaments were distinct from the Austrian playoffs. One year after rejoining the league from the Kontinental Hockey League, KHL Medveščak Zagreb once again withdrew from the EBEL, this time citing the difficult economic situation of the club.[5]

In 2020, the league was renamed to ICE Hockey League. "ICE" refers to the league's locale – International Central European – and the surface of an ice hockey rink. At the same time, bet-at-home.com became the title sponsor of the league.[6] From the 2021-22 season onwards the league will expand to 14 teams, with reigning champions Olimpija Ljubljana and Pustertal Wölfe joining from the Alps Hockey League and Orli Znojmo returning after one-year absence.[7] 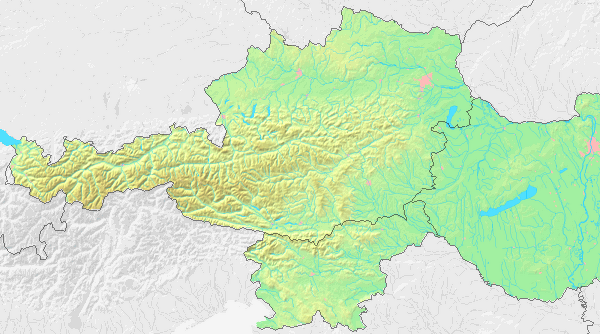 bold – seasons in which league had teams outside Austria

[*] – seasons in which the Austrian Champion didn't win the ICEHL title