Ice Hockey Wiki
Register
Don't have an account?
Sign In
Advertisement
in: College ice hockey trophies and awards in the United States, NCAA trophies, Established in 1981

The Hobey Baker Award is an annual award given to the top National Collegiate Athletic Association men's ice hockey player. It has been awarded 36 times.

It is named for hockey player and World War I veteran Hobey Baker, who played collegiately at Princeton University and learned the game at St. Paul's School (Concord, New Hampshire).

The original statue for the award was commissioned and awarded by the Decathlon Athletic Club (now defunct) in Bloomington, MN. The model for the award trophy was Steve Christoff, who played for Richfield Minnesota High School, the University of Minnesota, the 1980 U.S. Olympic hockey team and in the National Hockey League.[1] 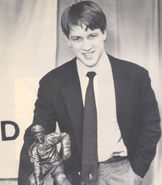 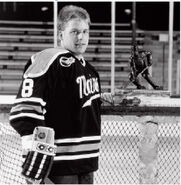 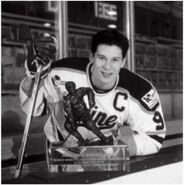 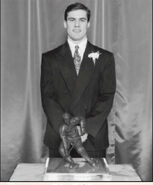 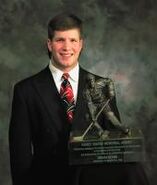 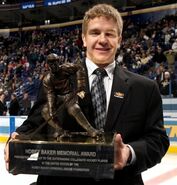 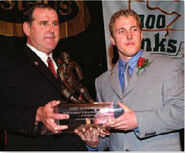 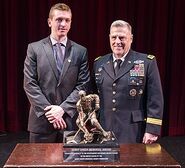