The Heritage Junior Hockey League is a Junior "B" ice hockey league in Alberta, Canada, sanctioned by Hockey Canada. The HJHL was founded in 1987 and is made up of teams from southern and central Alberta. The HJHL is the largest Junior B league in the province, with 15 teams competing in 2009-10.

As one of the largest Junior B leagues in Alberta, both the league champion, and the losing finalist qualify for the Alberta Provincial Junior B Hockey Championship. The winner of this tournament earns the right to compete for the Western Canadian Junior "B" Crown, the Keystone Cup.

The Banff Academy Bears announced they would not be participating for the 2017-18 season.

The league had planned to add a team from Stand Off, Alberta for the 2020-21 season but the team did not come to fruition. 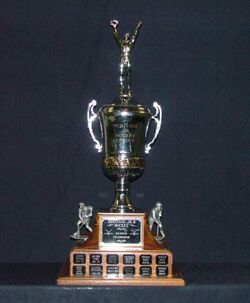