This trophy is awarded to the senior ice hockey champion of Newfoundland and Labrador .

Originally donated by the Herder Family, publishers of The Evening Telegram, in memory of five brothers, it now honors the memory of seven Herders. The “original five” Herders were Arthur, William, Douglas, Augustus and Hubert and they were joined by Ralph and James.

The Corner Brook Royals were he first team from Newfoundland to win the Allan Cup, winning in 1985 and 1986. After that the province ended competing for the Allan Cup and started after the Hardy Cup (which was the National Intermediate level championship), until that was ended in 1990 with the Port-aux-Basques Mariners winning the 1989 Hardy Cup. The Clarenville Caribous won the Allan Cup in 2011 and the Grand Falls-Windsor Cataracts won the 2017 Allan Cup after having won the Herder the previous seasons.

The tournament was not held in 1942 and 1943 due to World War II.  The Grand Falls Andcos were awarded the 1957 championship due to being the only Senior A team in the province.  There was no competetion in 1991 due to the state of senior hockey in the province. 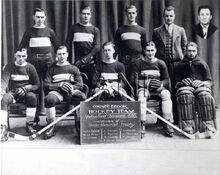 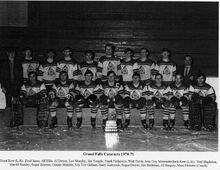