Sherbatov, who is Jewish,[1] moved with his family from Israel to Laval, Quebec when he was two years old. His parents were originally from Moscow, Russia and fans of the Montreal Canadiens. According to Sherbatov, his family was permitted entry into Canada by immigration officials because his father said he wanted him to be like Guy Lafleur.[2][3]

Sherbatov began playing major junior hockey in Canada during the 2009–10 season with the Montreal Junior Hockey Club, playing in 62 games and recording 30 points (12 goals, 18 assists). He played 37 games with Montreal again in 2010–11 before being traded to Baie-Comeau.

In 2008 Sherbatov attending training camp with the Montreal Junior club, and spent the 2008–09 season with Laval-Bourassa Rousseau Sports of the Quebec Midget AAA Hockey League where he led the team in scoring.[4]

Even though he has not returned to Israel since moving to Canada, Sherbatov has played extensively for the Israel national ice hockey team, drawing international attention when he played in the World under-18 championship at age 13 at the Division III level in 2005.[4] He played again with the under-18 team in 2008, and the senior team at the 2010 IIHF World Championship Division II at age 19.[5] Sherbatov became an internet sensation after scoring a highlight goal against Greece at the 2011 IIHF World Championship Division III[6]. Sherbatov led the tournament in scoring and was named best forward. 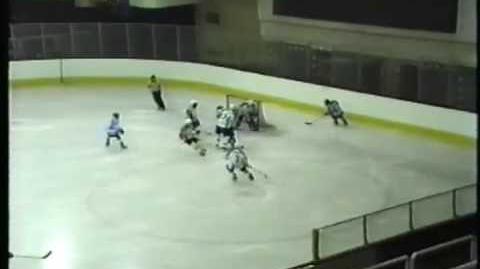 Retrieved from "https://icehockey.fandom.com/wiki/Eliezer_Sherbatov?oldid=639125"
Community content is available under CC-BY-SA unless otherwise noted.