Dynamo Minsk is an ice hockey team based in Minsk, Belarus. They are members of the Tarasov Division of the Kontinental Hockey League (KHL). 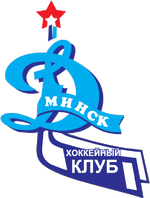 The club was formed on the basis of the existing Dinamo Minsk team playing in the Belarusian Extraliga.

On March 26, 2008 the League confirmed the Belarussian club's inclusion in the Bobrov Division.

The Chairman of the Belarus Hockey Federation, Vladimir Naumov has said that the budget for the new club will be 15 to 17 Million dollars.

On July 29, 2008 Head Coach Paul Gardner was dismissed by the club. Gardner has said that the team's management was not pleased with his North American style of play.