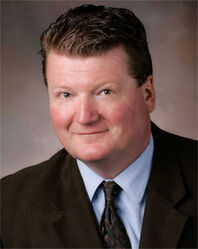 Spent part of his childhood in Wales, while his father was teaching overseas. ... signed as a free agent by Montreal in 1979. ... spent the better part of six years with the farm team in Nova Scotia. ... his rights were acquired by the Rangers and later traded to Toronto, but played for neither team. ... became coach of the P.E.I. Senators, in 94, Ottawa's farm team. ... was Ottawa's head coach for 25 games during the 1995-96 season. ... founded A&A Developmental Hockey Camps in Fort Frances, with his brother Mike. ...

Retrieved from "https://icehockey.fandom.com/wiki/Dave_Allison?oldid=528046"
Community content is available under CC-BY-SA unless otherwise noted.