The Calgary Tigers were a senior and professional team in Calgary, Alberta.

They played in the Alberta Big Four League for one season only and won the league title that year in 1920-21.

The Tigers then moved to the major league Western Canada Hockey League and won the league in 1924 and then lost the 1924 Stanley Cup Finals.

They were then reconstituted as a minor pro team and played one season in the Prairie Hockey League in 1926-27 when they won the title. They then folded.

They folded in 1936 when the league folded as well. 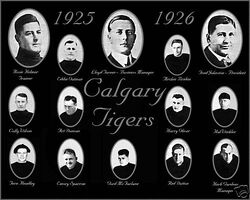 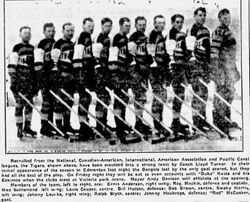 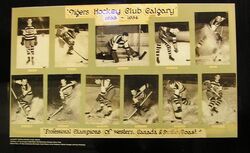