The Caledon Admirals are a Junior 'A' ice hockey team based in Caledon, Ontario, Canada. They are a part of the Ontario Junior Hockey League. Starting with the 2020-21 season the team is located out of the Mayfield Recreation Complex. The team would be renamed prior to the 2021-22 OJHL season.

The team's lineage traces back to the Henry Carr Crusaders. Like the Toronto St. Michael's Majors and St. Michael's Buzzers, the Crusaders were a secondary school based Junior hockey team. The team's affiliation was with the Father Henry Carr Secondary School of the Toronto Catholic District School Board. In 1980 they took their high school team and joined the Metro Junior "B" Hockey League, where they played until 1991, even after the league left the Ontario Hockey Association in 1989. The team was famous for its first undefeated Metro season in 1983 (34-0-2), when they won the All-Ontario Jr. B Championship, the Sutherland Cup. After five rounds of playoffs, what it took to win the Sutherland Cup, the Crusaders had accumulated 54 wins, 2 losses, 2 ties, and 2 losses in overtime in 60 regulation games.

In 1991, when the Metro league declared itself Junior "A", they transferred the franchise to the Weston Dukes. Henry Carr used to field a team at the high school hockey level as well.

In 1993 the Weston Dukes folded and their franchise was moved to Thornhill and became the Thornhill Islanders. In 1997 they were renamed the Thornhill Rattlers until 2004, when they again assumed the Thunderbirds name.

After playing in multiple league, for many years, even competing for the 2001 Royal Bank Cup. In Summer 2006, the players of the team started to get let go or traded for cash to any interested team. The team has been for sale for the better part of six months, but with no serious offers.

The Villanova Knights were announced officially on May 15, 2007.[1] The team played their home games at York University's Canlan Ice Gardens.

The original Orangeville Flyers were disbanded by the league in Spring 2011. April 14, 2011, ten days after the Flyers folded, the OJHL and the Villanova Knights announced that they were moving to Orangeville under the name Orangeville Flyers. The team would play out of the Alder Street Recreation Facility.[2]

Team owner David Arsenault who also owns the Brampton Bombers of the Greater Ontario Junior Hockey League announced on June 18, 2018 that the organization would be moving to Brampton and would play out of the same arena as their Junior B affiliate.[3]

The team was relocating to the Mayfield Recreation Complex in Caledon for the 2020-21 season. The team has planned on retaining the Brampton Admirals name for the time being.[4] On July 5, 2021 the team was officially renamed the Caledon Admirals.[5]

Logos through the years[] 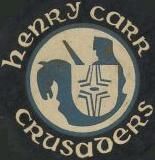 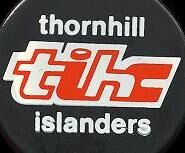 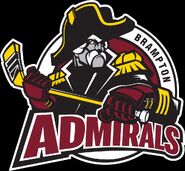