The initial founder and owner Mike Addesa is a former NCAA Division I ice hockey head coach at Rensselaer Polytechnic Institute.[1] Mr. Addesa founded the team as the Boston Bulldogs playing out of Salem, Mass. At the end of the 2011-12 season the franchise was sold and relocated to become the Boston Jr Rangers.

The organization also operates a team in the EHL-Elite Division and numerous youth division teams. The Elite Division team was formerly in the Metropolitan Junior Hockey League (MetJHL) and won the league championship in the 2014–15 season, its last season in the league. 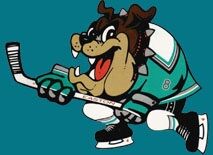 The Rangers/Bulldogs have produced a number of alumni playing in higher levels of junior hockey, NCAA Division I, Division III, and ACHA college programs.[2]

Retrieved from "https://icehockey.fandom.com/wiki/Boston_Jr._Rangers?oldid=680509"
Community content is available under CC-BY-SA unless otherwise noted.