This is the 1961-62 Border Cities Junior B Hockey League season:

Dresden & Leamington were Junior C teams and played off in the 1961-62 OHA Junior C Season.

Note: Dresden participated in these playoffs because they were for the league championship as well as the league Junior B champion.

Chatham beat Detroit 4 wins to none. 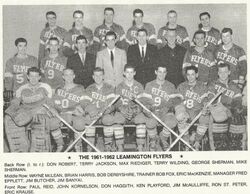 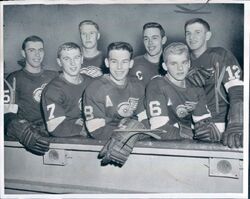 Detroit Jr. Red Wings
Add a photo to this gallery

Windsor
Add a photo to this gallery
Retrieved from "https://icehockey.fandom.com/wiki/BCJHL_Standings_1961-62?oldid=439495"
Community content is available under CC-BY-SA unless otherwise noted.