The Alabama–Huntsville Chargers ice hockey (commonly referred to as the UAH Chargers) are an NCAA Division I college ice hockey program that represents the University of Alabama in Huntsville.

The UAH Chargers are one of only two NCAA Division I ice hockey programs in the Sun Belt, the other being Arizona State.

The Chargers play their home games at Propst Arena at the Von Braun Center. In 1987, Alabama governor George Wallace declared Huntsville to be the "Hockey Capital of the South."[1]

For the 1982-83 season, Doug Ross became head coach as the Chargers moved to the Central States Collegiate Hockey League. UAH lost the conference championship game in overtime to Marquette, but the Chargers hosted the U.S. National Collegiate Club Hockey Championships, where they defeated Auburn (16-2), Arizona (7-4), and Penn State (5-4) en route to their second consecutive national championship.[1]

UAH hosted the club national championship tournament again in 1984, and the Chargers claimed a third straight title with wins over Miami University (3-1), Indiana (13-4), and Ohio (12-1). UAH hosted the tournament a third time in 1985, but its bid for a fourth straight championship fell short with a 6-2 loss to North Dakota State.[1]

UAH returned to Division II hockey in 1992 with the NCAA resuming sponsorship of a national championship. In 1994, the Chargers hosted its first Division II national championship series, but lost to Bemidji State in overtime of a mini-game tiebreaker.[1] After narrowly missing a chance at the title in 1995, the 1995-96 UAH team went undefeated (26-0-3) in the 1995-96 season and beat Bemidji State 7-1 and 3-0 at the Von Braun Center to claim its first NCAA championship in any sport.[1] The Chargers traveled to Bemidji State for the 1997 finals, losing 4-2 and 3-2. The 1997-98 UAH team claimed its second Division II championship in 1998, beating Bemidji again 6-2 and 5-2 in Huntsville to finish 24-3-3.[1]

Return to Division I and CHA era

UAH moved ice hockey back to Division I for the 1998-99 season as an independent, and the team became a charter member of College Hockey America starting with the 1999-2000 season. The Chargers won CHA regular season championships in 2001 and 2003.[1]

The 2006-07 UAH team earned the school's first CHA tournament title and NCAA Division I tournament bid. The Chargers spotted Robert Morris a 4-0 first-period lead, but rallied to beat the Colonials 5-4 in overtime. At the Midwest Regional in Grand Rapids, Mich., UAH took No. 1 seed Notre Dame to double overtime before losing 3-2 in Doug Ross's final game as head coach before retiring.[1]

In 2009, with the CHA's demise imminent following the announced departures of Niagara, Robert Morris, and Bemidji State, UAH applied for membership to the Central Collegiate Hockey Association. The CCHA denied UAH's application on August 11.[2]

UAH won the final CHA tournament in 2010, beating Niagara 3-2 in overtime for its second berth in the Division I tournament. The Chargers lost to top-ranked Miami 2-1 at the Midwest Regional in Fort Wayne, Ind.[1]

Cole left UAH in 2010 to become the head coach of the U.S. National Development Team.[3] Assistant Chris Luongo was promoted to head coach as the Chargers became the lone independent program in Division I.[1] The program struggled as an independent as scheduling and recruiting hurt without a championship to play for. UAH was a combined 6-54-3 in its first two independent seasons from 2010-2012.

Early into the 2011-12 season, interim UAH President Malcolm Portera announced that the 2011–12 season would be the school's final season competing at the NCAA Division I level, citing financial reasons. The program would be "realigned" as a club team, and the coaches' jobs would be eliminated.[4] New UAH president Dr. Robert Altenkirch reversed the decision after he and school administrators met with local supporters on December 6, 2011.[5] The school set up a campaign to raise funds for the program and have it join a conference.[6]

Despite the questions about its hockey future, UAH was the host institution for the 2012 Frozen Four in Tampa, Florida.[7]

A week before the start of the 2012-13 season, UAH replaced Luongo and hired Kurt Kleinendorst to become the program's fifth head coach.[8]

On January 17, 2013, after months of discussions with conference officials and league member representatives, UAH formally applied to and was accepted to join the Western Collegiate Hockey Association. The Chargers began conference play in the 2013-14 season.[9]

In response to the financial difficulties faced by the university as a result of COVID-19, UAH president Darren Dawson discontinued the men's hockey program, as well as the men's and women's tennis programs.[12]

The university applied to join the revived Central Collegiate Hockey Association and also applied to join Atlantic Hockey Association for the 2021-22 season. The CCHA rejected the application in early May. At that time AHA had not acted on the application. On May 5th the university suspended the ice hockey program immediately essentially cancelling the program's 2021-22 season.[16]

The AHA which has an odd number (11) of teams was rumored to be holding a spot for the long rumored United States Naval Academy (Navy) team, the conference already has the other two United States Military academies (Air Force and Army) among its membership so it would be a natural fit for that reason alone and would be less of an outlier than UAH. Two teams would likely be need to apply to have a chance for the conference to accept any other new members with the LIU Sharks seeming to be the most logical choice to pair with UAH. Another potential option would include creating a new conference with five members for the time being with Arizona State, LIU, the two Alaska schools and UAH. Rumored Lindenwood (likely for 2022-23) and Tennessee State (in the fact finding stage) teams could also join this potential conference and create a situation where the new conference would be eligible for an automatic bid to the NCAA tournament after a few years. Two other programs that have been rumored at Iowa and Illinois but they would both join the Big Ten Conference as that is their all sport home and would not affect any other conference memberships.

Chargers in the NHL 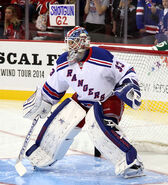