Hockey Manitoba had the Champions of Manitoba’s 5 Senior Leagues, plus a wildcard team (rotated between the leagues) faceoff for the Manitoba Championship, the Manitoba Cup. 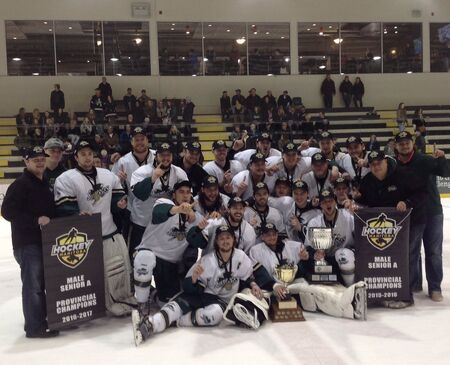 Retrieved from "https://icehockey.fandom.com/wiki/2017_Manitoba_Senior_A_Hockey_Playoffs?oldid=594217"
Community content is available under CC-BY-SA unless otherwise noted.