Hockey Manitoba had the Champions of Manitoba’s 5 Senior Leagues, plus a wildcard team (rotated between the leagues) faceoff for the Manitoba Championship, the Manitoba Cup.
The tournament was held March 31 to April 10, with opening games held at the PCU Centre in Portage and the Riverdale Community Centre in Rivers, with the rest at the MTS Iceplex in Winnipeg. 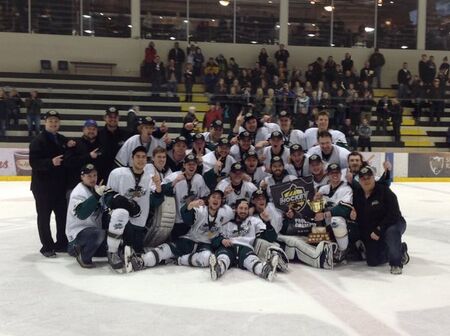 Retrieved from "https://icehockey.fandom.com/wiki/2016_Manitoba_Senior_A_Hockey_Playoffs?oldid=533739"
Community content is available under CC-BY-SA unless otherwise noted.