The semi-final match on May 23 between Val-d'Or and Edmonton was, at 102 minutes and 42 seconds, the longest game in Memorial Cup history and to date is the only game to go into triple overtime.[3] 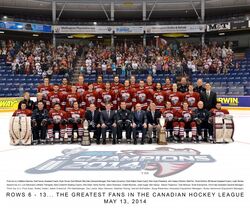 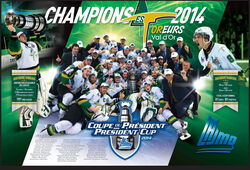 Val-d'Or Foreurs
Add a photo to this gallery

Retrieved from "https://icehockey.fandom.com/wiki/2014_Memorial_Cup?oldid=614586"
Community content is available under CC-BY-SA unless otherwise noted.