The tournament was hosted by the Summerside Western Capitals which saw the round robin begin on May 11, 2013 and the final played on May 19, 2013. Tournament games were played at the Consolidated Credit Union Place in Summerside, Prince Edward Island.

The Royal Bank Cup in 2013 presented three historical moments. The Minnesota Wilderness, in having won the Dudley Hewitt Cup, became the first American club to compete at the Royal Bank Cup. Secondly, the 2013 final, for the first time ever, involved two teams that were not regional champions. The Summerside Western Capitals lost the Fred Page Cup to the Truro Bearcats but hosted the Royal Bank Cup, while the Brooks Bandits lost the Western Canada Cup to the Surrey Eagles and were admitted as runner-ups by defeating the Yorkton Terriers due to the page playoff system. Additionally, as Brooks won the cup, they became the first team to win it without being a regional champion or host.

All games played at the Consolidated Credit Union Place, in Summerside, P.E.I . 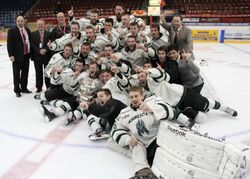 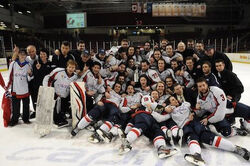 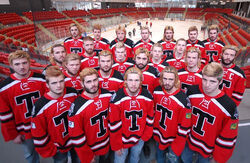