The March 2011 announcement that the Big Ten Conference would start sponsoring men's ice hockey in the 2013–14 season, which came shortly after Penn State had announced that it would upgrade its team from club to full varsity status effective in 2012–13, led to a major wave of conference realignment in that sport. Once the Big Ten took the ice with six teams, the Central Collegiate Hockey Association (CCHA) faced the loss of three of its mainstays (Michigan, Michigan State, Ohio State), while the Western Collegiate Hockey Association (WCHA) was set to lose two prominent members (Minnesota and Wisconsin).

Several CCHA and WCHA members then entered into talks to break away from their current leagues to form a new conference; six of these schools would soon form the National Collegiate Hockey Conference (NCHC), which would also take the ice in 2013–14. Further moves by both the NCHC and WCHA would eventually lead to the demise of the CCHA after the 2012–13 season. The upheaval also gave Hockey East its first non-New England member in Notre Dame.

In the end, the only conferences that neither gained nor lost members for 2013–14 were Atlantic Hockey and ECAC Hockey. The former conference would go on to lose Connecticut to Hockey East, which was already home to the school's women's team, for the 2014–15 season.

The following players lead the NCAA in points at the conclusion of games played on March 17, 2014.[3]

The following goaltenders lead the NCAA in goals against average at the conclusion of games played on March 17, 2014 while playing at least 33% of their team's total minutes. 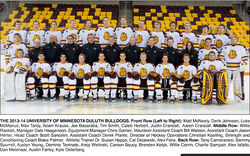 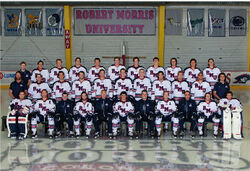 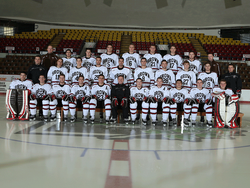 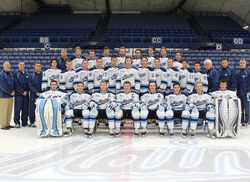 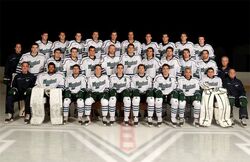 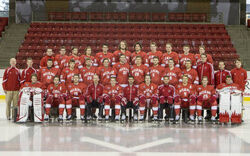 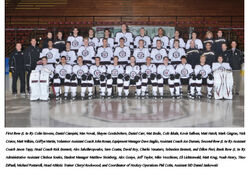