The 2011 NCAA Men's Division I Ice Hockey Tournament involved 16 schools in single-elimination play to determine the national champion of men's NCAA Division I college ice hockey. The tournament began on March 25, 2011, and ended with the championship game on April 9,[1] when the Minnesota–Duluth Bulldogs defeated the Michigan Wolverines 3–2.

The four regionals are officially named after their geographic areas. The following are the sites for the 2011 regionals:[1]

Each regional winner will advance to the Frozen Four:[1]

Number in parentheses denotes overall seed in the tournament. 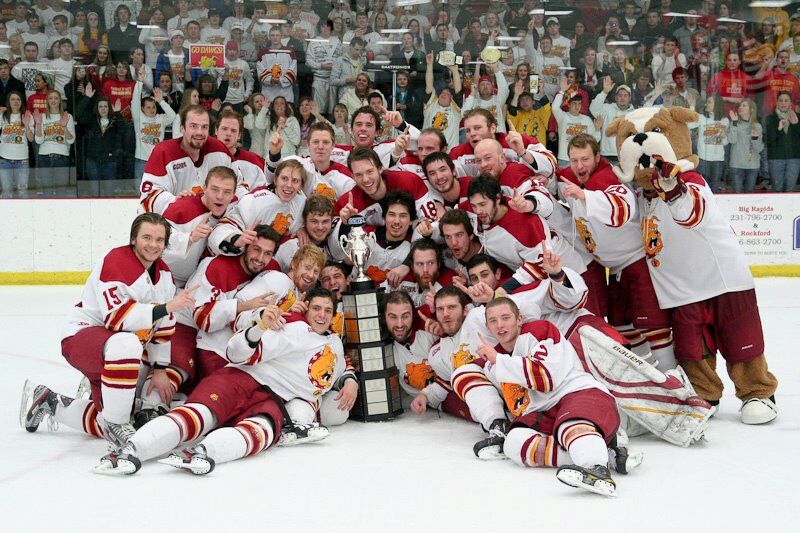 ESPN had US television rights to all games during the tournament. For the seventh consecutive year ESPN aired every game, beginning with the regionals, on ESPN, ESPN2, and ESPNU, and ESPN3.

Westwood One used exclusive radio rights to air both the semifinals and the championship, AKA the "Frozen Four."[2]

Retrieved from "https://icehockey.fandom.com/wiki/2011_NCAA_Division_I_Men%27s_Ice_Hockey_Tournament?oldid=645237"
Community content is available under CC-BY-SA unless otherwise noted.