The 2011–12 WHL season is the 46th season of the Western Hockey League (WHL). The regular season began in September 2011 and ended in March 2012. The following playoffs began on March 22 and are expected to end in early May. This is the inaugural season of the Victoria Royals, a team that relocated to Victoria from Chilliwack where they played as the Chilliwack Bruins between 2006 and 2011.

Players are listed by points, then goals.[1]

These are the goaltenders that lead the league in GAA that have played at least 1440 minutes.[2]

In total, 33 WHL players were selected at the 2011 NHL Entry Draft. Ryan Nugent-Hopkins was selected first overall in the draft.

^ Game was played at Rose Garden. 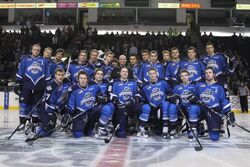 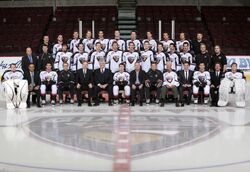 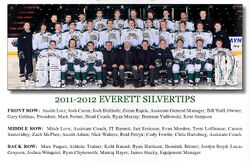