On December 26, 2010, a game will be held outdoors between Färjestads BK and Frölunda HC, continuing a tradition started in the previous season.[3]

Instead of a straight promotion and relegation system, Swedish ice hockey leagues use a format known as Kvalserien. The two teams with the worst records in the 2009–10 Elitserien season join four of the top-ranked clubs of the 2009–10 HockeyAllsvenskan season in a round-robin tournament. The two clubs with the best records are promoted to Elitserien for 2010–11, while the others are relegated to HockeyAllsvenskan.

Södertälje SK and AIK play in the 2010–11 Elitserien season.

Magnus Johansson of the Linköpings HC scored the first goal of the season.[4][2] 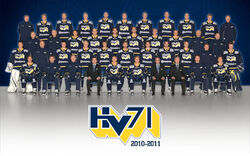 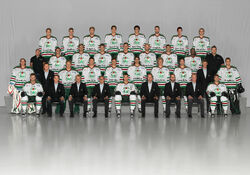 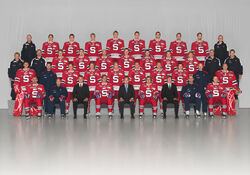 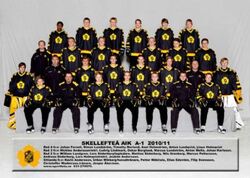 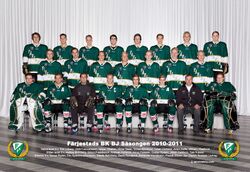 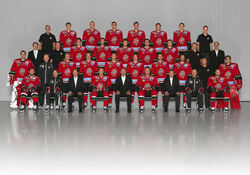 AIK
Add a photo to this gallery

Retrieved from "https://icehockey.fandom.com/wiki/2010-11_Elitserien_season?oldid=286212"
Community content is available under CC-BY-SA unless otherwise noted.