The 2008–09 Elitserien season was the 34th season of Elitserien. It began on September 15, 2008, with the regular season ending February 28, 2009. The playoffs of the 85th Swedish Championship ended on April 8, with Färjestads BK taking the championship. The season started earlier than previous seasons due to the 2009 Men's World Ice Hockey Championships in Switzerland had been scheduled earlier than normal.

Djurgårdens IF changed their arena for home matches from Stockholm Globe Arena to Hovet. Also, Rögle BK changed to a new arena, Lindab Arena in Ängelholm.

The first goal of the season was scored by Lars Eller of Frölunda HC in Jönköping against HV71.

For the playout series for promotion and relegation between the Elitserien and the Allsvenskan, please see 2008-09 Kvalserien til Elitserien. 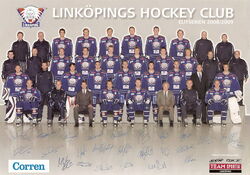 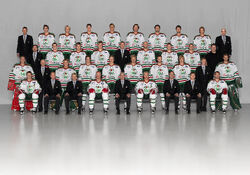 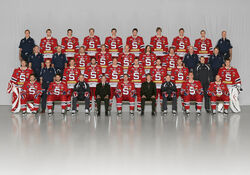