The 2008-09 Deutsche Eishockey Liga season was the 15th season since the founding of the Deutsche Eishockey Liga (German Ice Hockey League). 16 Teams played after the 2. Bundesliga Champion, the Kassel Huskies received the license to play in the DEL. After 52 rounds and the play-off's, the Eisbären Berlin won it's 4th German Championship in the last five years.

In accordance to the cooperation contract between the DEL and the German Ice Hockey Federation, and after concluding that necessary reforms where not done in the 2. Bundesliga, a decision was made not to have playdowns and no teams were relegated. However, after ensuring compliance with the DEL regulations, the 2. Bundesliga Champions, the Kassel Huskies, were allowed to enter the league on July 4th, 2008[1], expanding the league to 16 teams. This is also the first season where the Eisbären Berlin played in the brand new O2 World arena.

The number of regular seasons rounds was reduced to 52 from 56 in the previous season. The 6-best placed teams qualified for the playoffs, the teams in 7-10th position where to play a qualification round.

The playoff qualifications were played in the Best-of-five mode, between March 5th and 11th, 2009 statt.

The quarterfinals were played in the Best-of-seven mode starting March 13th until March 26th.

The semifinals were played in the Best-of-five mode, from March 29th to April 7th, 2010.

The finals were played in the Best-of-five mode, from April 9th, 2010.

The Eisbären Berlin won the title for the 4th time. 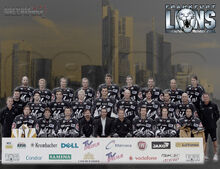 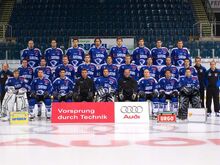