The 2008–09 AHL season is the 73rd season of the American Hockey League. Twenty-nine teams each played 80 games in the regular season, which ran from October 8 until April 12.

The Iowa Stars are renamed and are now called the Iowa Chops, and the Anaheim Ducks have replaced the Dallas Stars as the team's NHL affiliate.

The Dallas Stars have no AHL affiliate this year, with the Texas Stars (based in Austin) to become their affiliate for the 2009–10 season.

On April 28, 2009, it was announced that two teams would be relocated for the 2009–10 season: the Quad City Flames would move to Abbotsford, BC, and the Philadelphia Phantoms would relocate to Glens Falls, NY.

The 22nd AHL All-Star Classic was played in Worcester, Massachusetts on January 26, 2009, with the PlanetUSA All-Stars defeating the Canadian All-Stars 14-11 after scoring 9 goals in the 3rd Period to come back from an 8-5 deficit. Corey Locke scored 4 goals for the Canadian All-Stars, while Jeff Taffe had a hat trick for the PlanetUSA All-Stars.[1]
The host club was the Worcester Sharks. The 2009 event in Worcester marked the fourth time since 1995 that the AHL All-Star Classic took place in New England. The AHL All-Star Game was last held in Massachusetts in 1959 at the Eastern States Coliseum in West Springfield.[2] 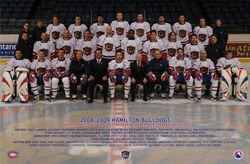 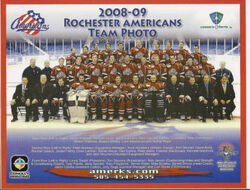 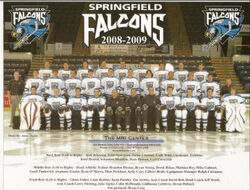 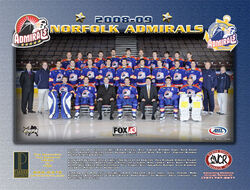 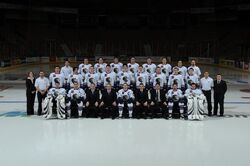 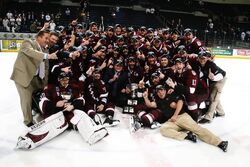