The 2006–07 AHL season was the 71st season of the American Hockey League. Twenty-seven teams played 80 games each in the schedule. The Hamilton Bulldogs won their first Calder Cup, defeating the defending champions, the Hershey Bears in the finals. 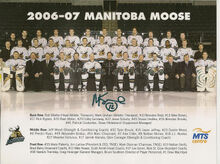 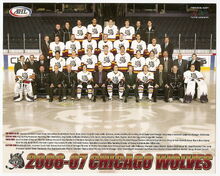