The 2005–06 Elitserien season was the 31st season of Elitserien. It ran from September 26, 2005 until March 6, 2006, with the the Elitserien playoffs, the 82nd Swedish Championship, to April 18, with Färjestads BK taking the championship. 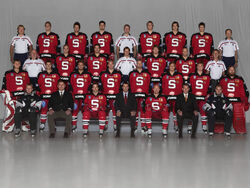 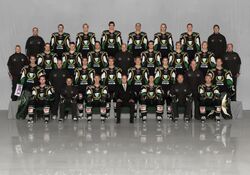