Boston College ended 51 years of frustration by defeating North Dakota in a rematch of the 2000 Frozen Four championship game, 3-2 in overtime, to win its second-ever national championship and the school's first since 1949.

Sophomore Krys Kolanos scored one of the most important goals in Boston College history when he scored the game-winner in overtime, propelling his team to victory. 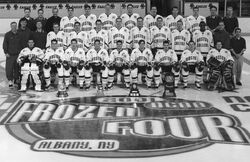 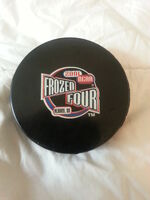